Occupation USA is an informal, noncommercial, nonsectarian organization dedicated to understanding social and economic challenges facing the United States, which have been called to our attention recently by the various Occupy movements. We are focused on the intentions of our country’s founders as stated in documents such as the Declaration of Independence, Federalist Papers and the Constitution, and the application of rational logic and mathematics.

Our purpose is to contribute to the greater good, and we do it because we care and want to promote a more reasonable, constructive process for solving our country’s social and economic problems.

Our founders
Joanna, 1960s activist, adult educator, avid birder and bibliophile, left for Costa Rica with her family in 1968 to live out the Nixon years. While in Central America she teamed with conservationists from Bolivia to Mexico to make governments aware of the critical need for habitat preservation to save the region’s endangered flora and fauna. Their efforts led to the development of some of Latin America’s most notable national parks. For the past 30 years, Joanna has lived in Hawaii and has focused on adult literacy. Currently she works in state correctional facilities preparing 18-21 year-old young men for the GED test and providing life skills classes for incarcerated women.

Kristeen is a lifelong educator and teacher of teachers – specializing in learning disabilities, language development and theories of learning. After teaching in K-8 classrooms in California and Europe, she earned her Ed.D from the University of San Francisco, and then joined the faculty at the College of Education at San José State University. There, Kristeen coordinated a graduate program, mentoring teachers working on their M.A. degrees. Now retired, she lives in a northern California forest, still involved with educators and student researchers.

Mark, science and math guy, serial entrepreneur and writer was raised in Silicon Valley before it was Silicon Valley. After graduation from UC Santa Cruz, he went into the arts and crafts business – pioneered geometric thread design and various packaged crafts sold through mass market retailers. With the birth of the PC, he transitioned into information technology and has worked with many of the Valley’s leading computer, Internet and biotech companies, as well as small companies and start-ups. He lives in Los Gatos, where he writes marketing copy for technology companies, science fiction, and the occasional op-ed letter.

Early meeting of the Occupants 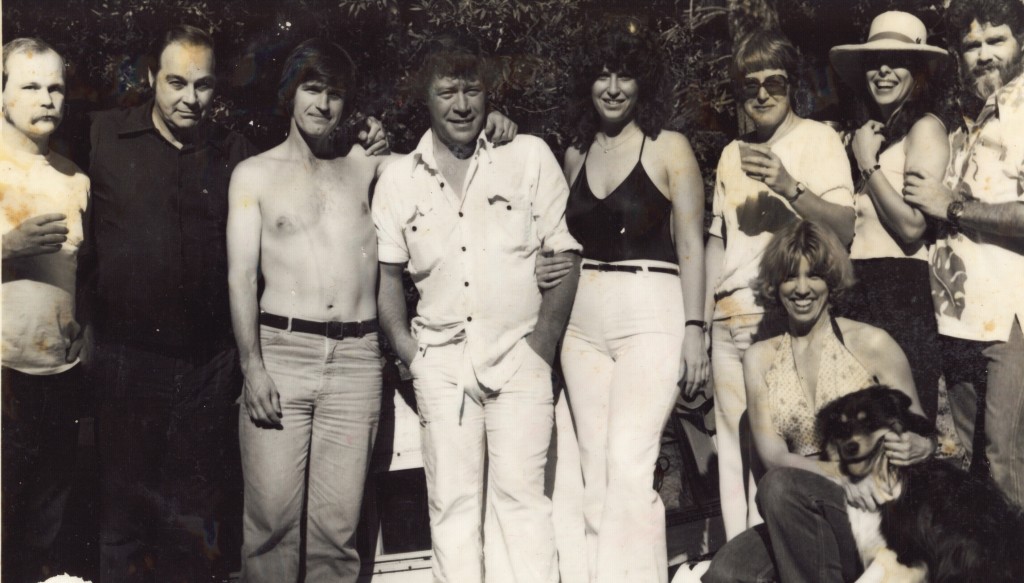 Nos. 1, 7 and 8 are responsible for the initial release of this website. Half of the rest are gone … along with Bear.