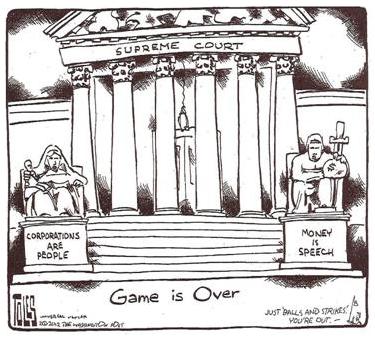 The US Supreme Court has recently held that campaign contributions – used by corporations, lobbyists and political action groups (PACs) to influence government affairs – are the equivalent of free speech; while reaffirming that corporations are entitled to the same rights as people, including free speech. Ergo money = speech.

By the same logic, aren’t the Occupiers’ tents a form of speech?

2 thoughts on “Are tents money?”